As an act of empathy and social responsibility, the School of Chemical Engineering (SCE) has sent a team of volunteers consisting of 8 staff from the School to deliver the collected donations to the families of SCE's staff residing in Kelantan and other civilians involved in the flood disaster at the East Coast.
Donations by individuals and those gathered through the Facebook are carried out within 24 hours and the total collection of about RM6000 has been gathered in addition to the contributions in various forms of goods. The volunteer team departed on January 1, 2015 with 3 pickup vehicles personally owned by team members to accommodate various goods and donations and the team had to take an alternative route to the east coast via Cameron Highlands-Ringlet-Sg. Koyan-Gua Musang as other main roads from the North zone to Kelantan is closed at that time.

Dr Azam Taufik Mohd Din, who is also leader of the volunteer team, was pleased to make his family home in Kubang Kerian (Residential of his mother Puan Hajjah Wan Sapiah Wan Sulaiman) as the accommodation and operation centre throughout the flood relief mission by the volunteer team. 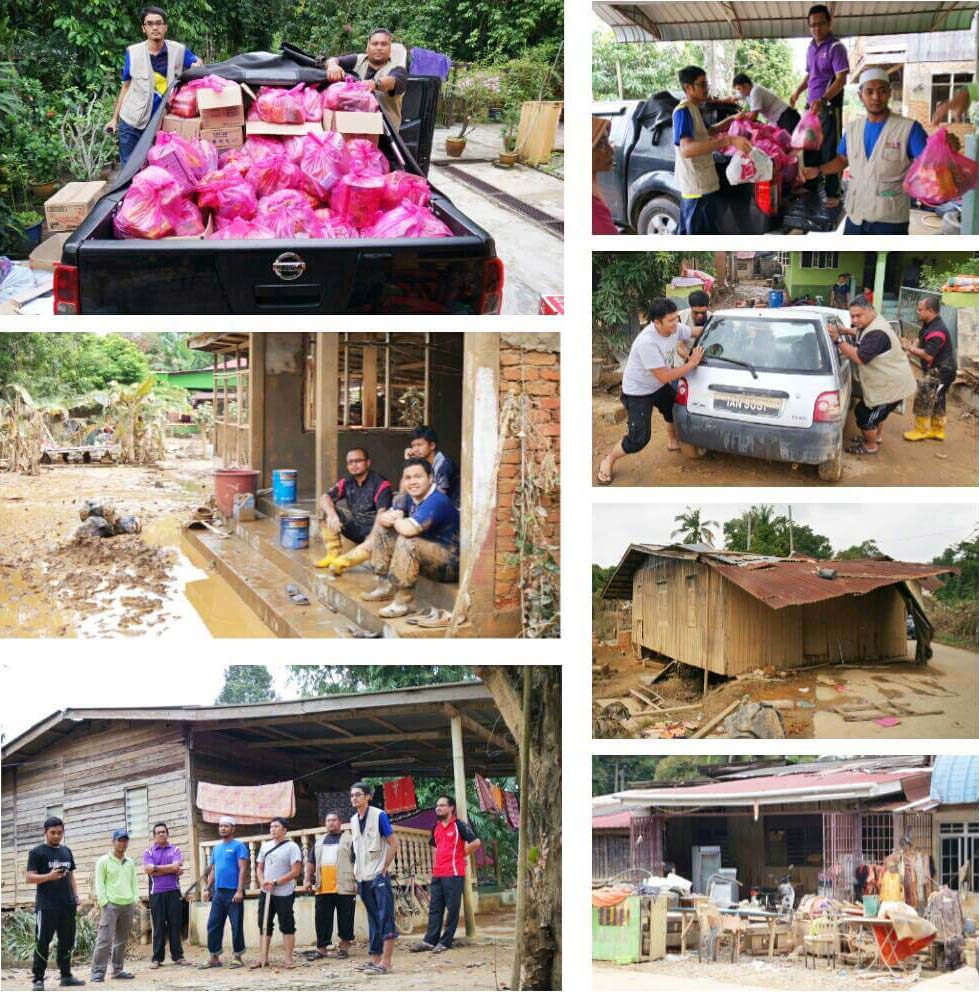 The first day mission on January 2, 2015 covered the district of Tanah Merah and Pasir Mas. Distributions of daily necessities such as soap, toothpaste, dry food and prayer veil to 100 people have been carried out through Imam of Uthman Mosque, Tuan Haji Mohd Noor Samad to the flood victims around Kampung Sungai Sat Hilir. The team also had the opportunity to deliver aid to flood victims in Kampung Lubok, located in adjacent locations. SCE volunteer team also took the opportunity to distribute aid in Jalan Lemal, Pasir Mas and clean up the surroundings of the house lived by the parent of Mr. Nor Irwin Basir (one of the volunteers). 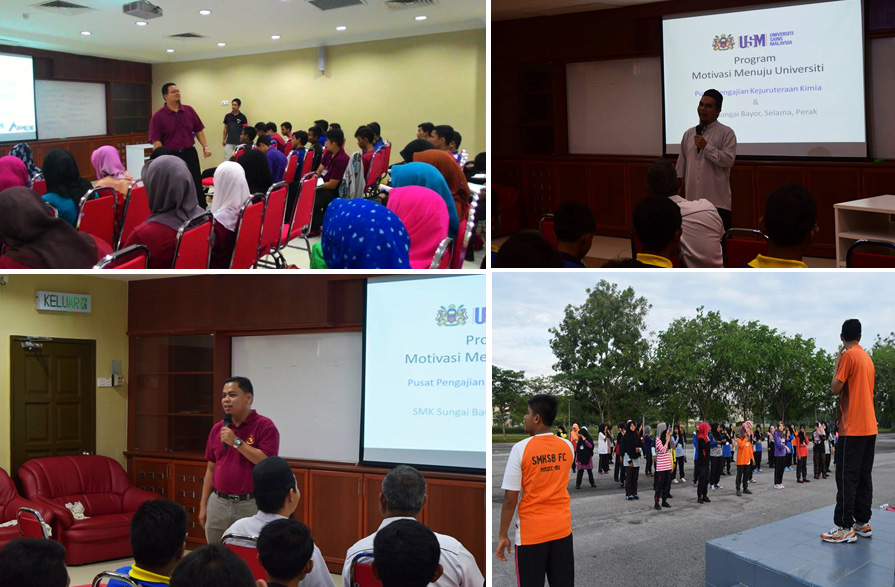 On the second day of the mission, January 3, 2015 - As many flood victims still unable to cook because of the damages to their houses during the flood, 100 packets of rice with egg and salted fish has been prepared by Mr. Mohd Yusof Ismail and assisted by other teammates for distribution in Kampung Kok Keli, Tumpat. The volunteer team also took the opportunity to visit the family home of SCE's Assistant Engineer, Mrs. Noraswani Muhamad (Kubang Kerian) and Mrs. Nur'ain Natasya Shaari (Kampung Pulau Kundur, Kedai Buloh).

The last day of the mission, January 4, 2015 - A total of 120 packets of food (tomato rice with red chicken gravy) were distributed to flood victims in the area Dabong and Kemubu. The volunteer team also donated a high pressure water jet cleaner for community use in the area of Dabong to Dabong flood service center maintained by the Dabong MP, Tuan Haji Ibrahim Arifabillah met by chance when the team executing the mission there. The team return to USM Engineering Campus through Lojing-Simpang Pulai route and safely arrived at 4 am, January 5th, 2015.

SCE would like to express their sincere appreciation and gratitude to all benefactors, sponsors and volunteers who have valiantly complete the relief aid mission at Kelantan. To the staff and students of the School of Chemical Engineering, thank you for help in preparing the operation and for the solid moral support.