11 October 2017, the School of Chemical Engineering is once again proud to welcome 3 of its successful alumni to join in the second series of the Forum Bicara Ilmu & Pameran Latihan Industri 2017 held at the Auditorium Hall of the Engineering Campus. 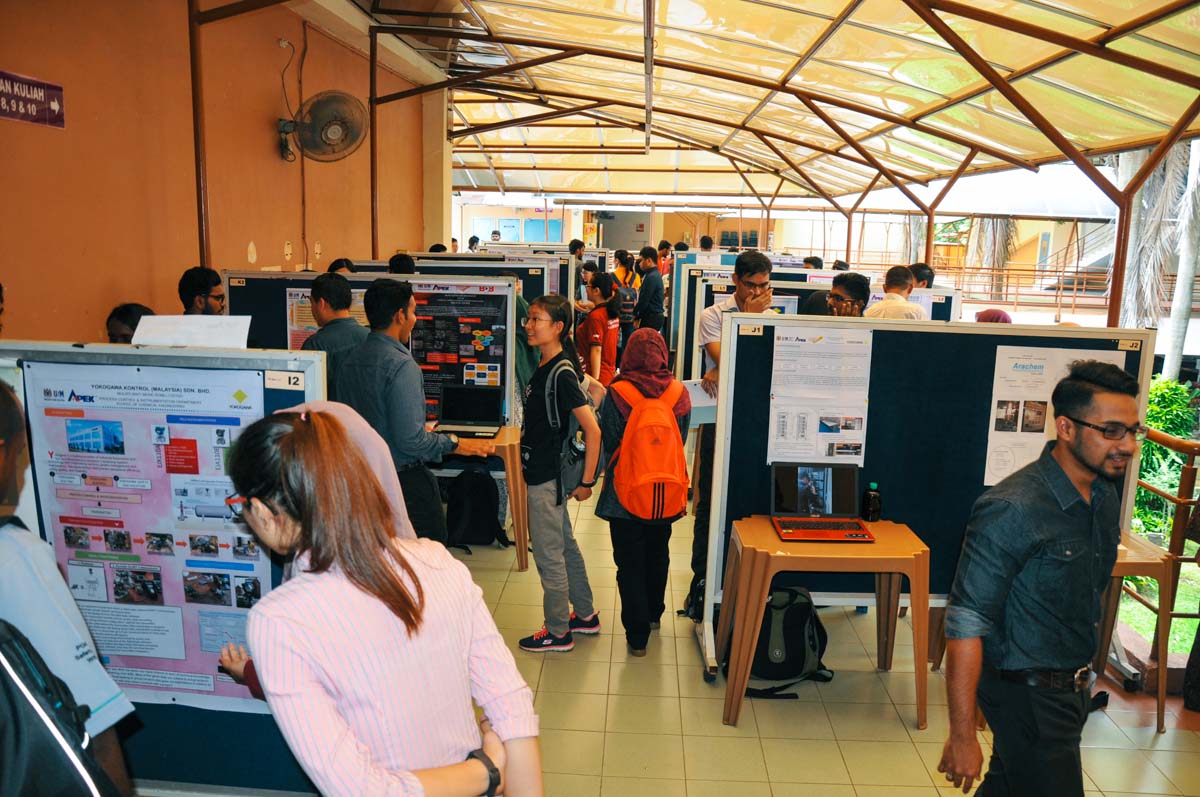 The forum, which has been considered as an annual event was held in conjunction with the industrial training presentation by the Forth Year students to showcase their findings and experience during the 10-week training at various industries all over the country. 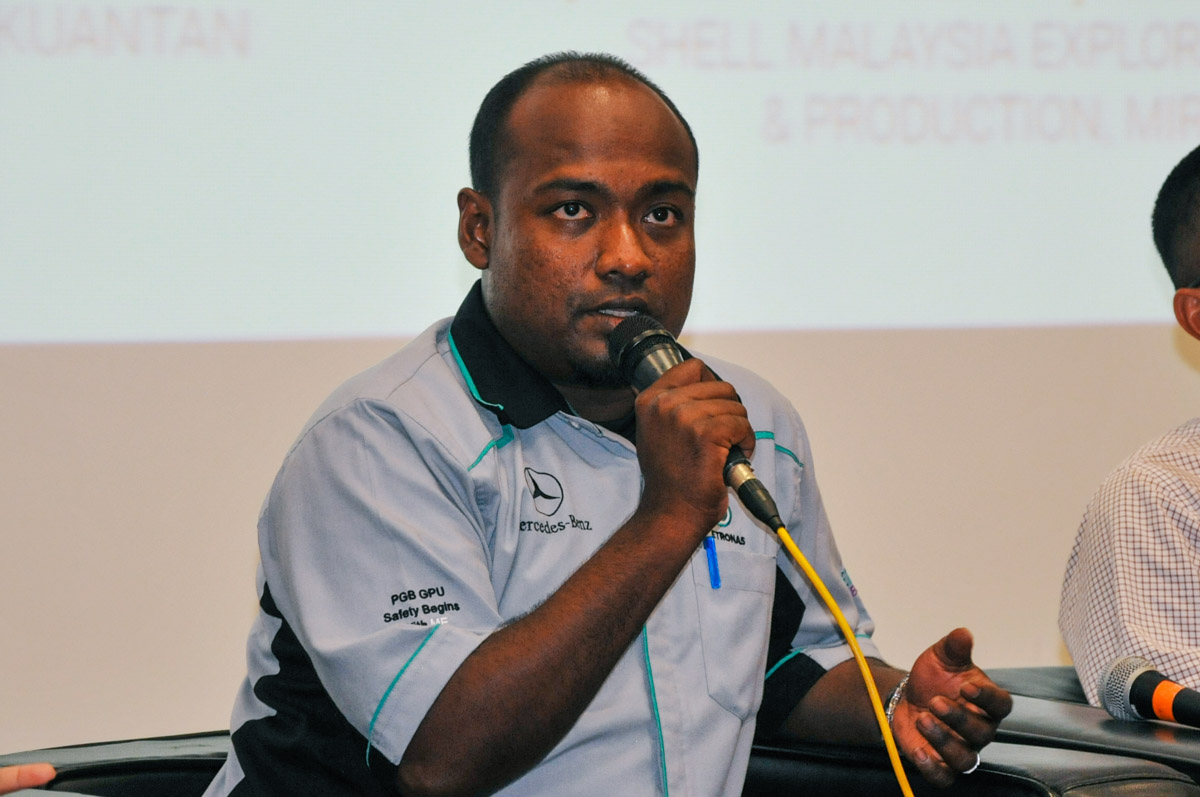 Sani graduated in 2007 begins his career with Petronas right after his graduation. Holding a scholarship from Petronas during his years with USM, Sani strongly believes that soft skill is very much required in order to become a holistic graduate, which could differentiate himself from the others. He was once the Yang di-Pertua (YDP) of Majlis Penghuni Desasiswa Jaya and later involved with the USM’s Majlis Perwakilan Pelajar. Having the experience of managing his executive council of the Majlis Penghuni, equipped him with the ability to manage people within the company he is now served. During the session, he reiterated that undergraduates should be able to balance between the extra-curricular activities and that of the academic matters, after all, university life is not all about becoming book worms. Sani is now a “Gate Keeper” within the Petronas Gas, based in Gebeng, Kuantan. 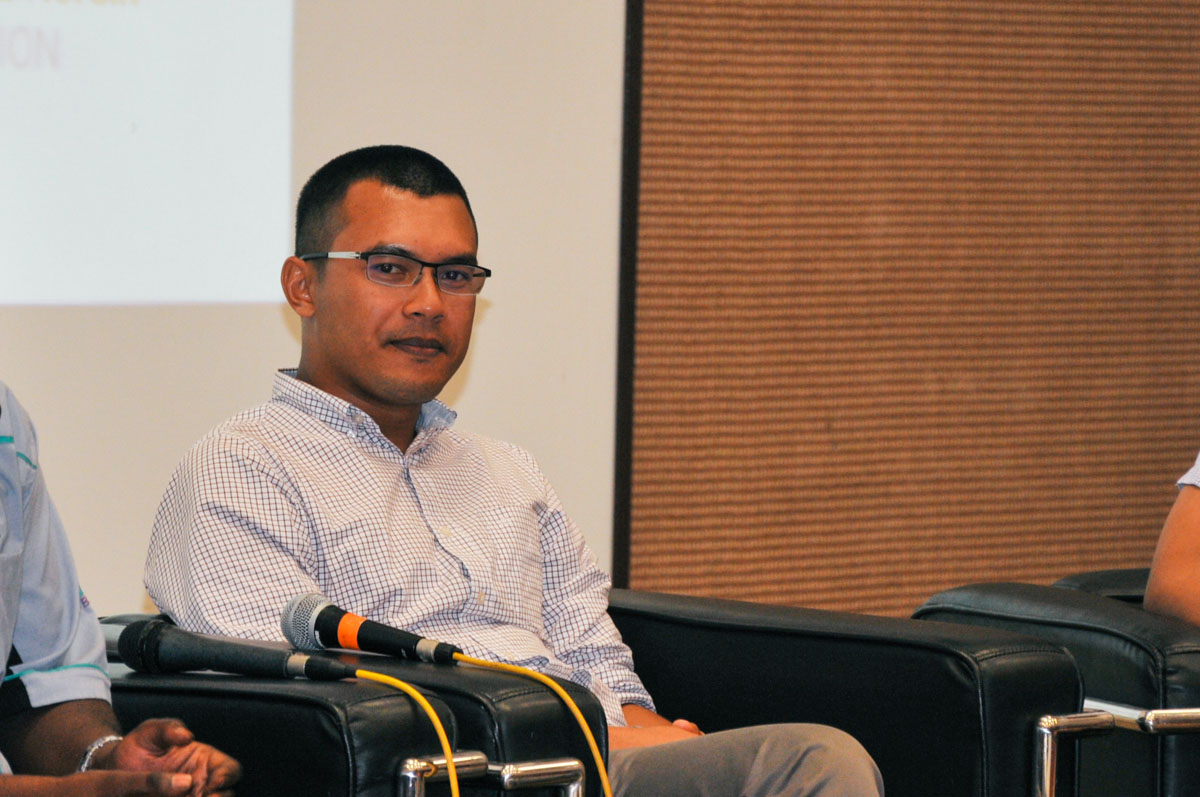 Graduated two years later after his senior, Sani, Syed Mohd Nor Izzat started his career in the field of oil and gas with SapuraKencana Petroleum Berhad (now Sapura Energy). With the experience he gained from a service company to many leading multinational companies around the world, Syed decided to migrate into a more challenging arena. With the 2-year valuable experience with SapuraKencana, he then moved to Shell to further expand his horizon into a more exiting world within the oil and gas industry. For nearly 8 years serving the company, Syed compares engineers graduated from abroad and that of the local universities hired by Shell. The criteria that stand out the most from the overseas graduates are the confident level and communication skills. One of his take-home messages to the current undergraduates is to develop the confident level from many presentations and projects held by the School and improve one communication skill such that at par with the other candidates graduated from abroad. Syed is currently serving the Pipeline, Flow Assurance and Subsea team for Shell Exploration in Miri, Sarawak. 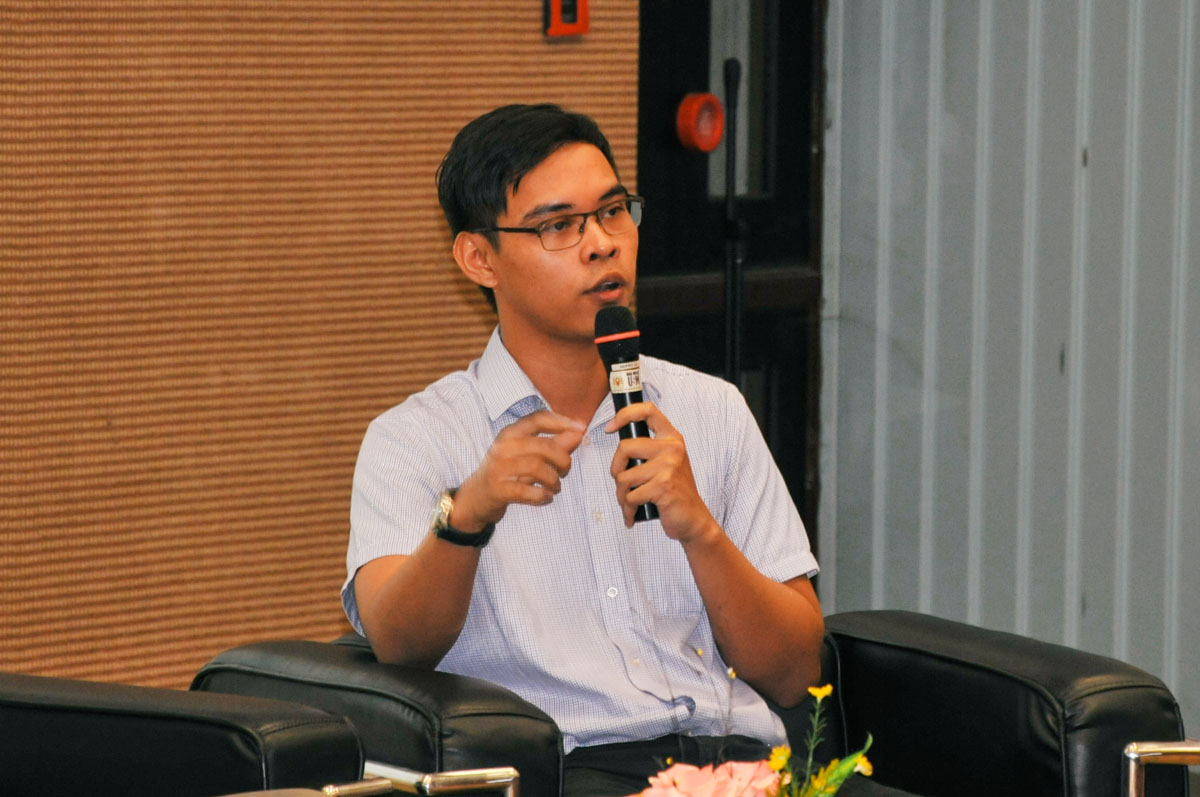 The youngest alumnus, Mohamad Nazrul Izat graduated from the School of Chemical Engineering in 2013 and currently holds the post of Operation Engineer at Petronas Chemicals Fertiliser, in Sipitang, Sabah. Izat moved to Petronas after serving a local company based in Kedah for nearly a year. A very much awaited career with Petronas, without any slightest hesitation, he packed his bag and travelled thousands of kilometres across the South China Sea to fulfil his dream. Being an active student himself during his years in the university, Izat believes that students now should be equipped with the most current information, particularly on the economic crisis that affects the current oil prices. As the recruitment exercise into the field is becoming ever stricter each year, therefore, the undergraduates should make themselves more “visible” by enhancing their knowledge on the current issues. 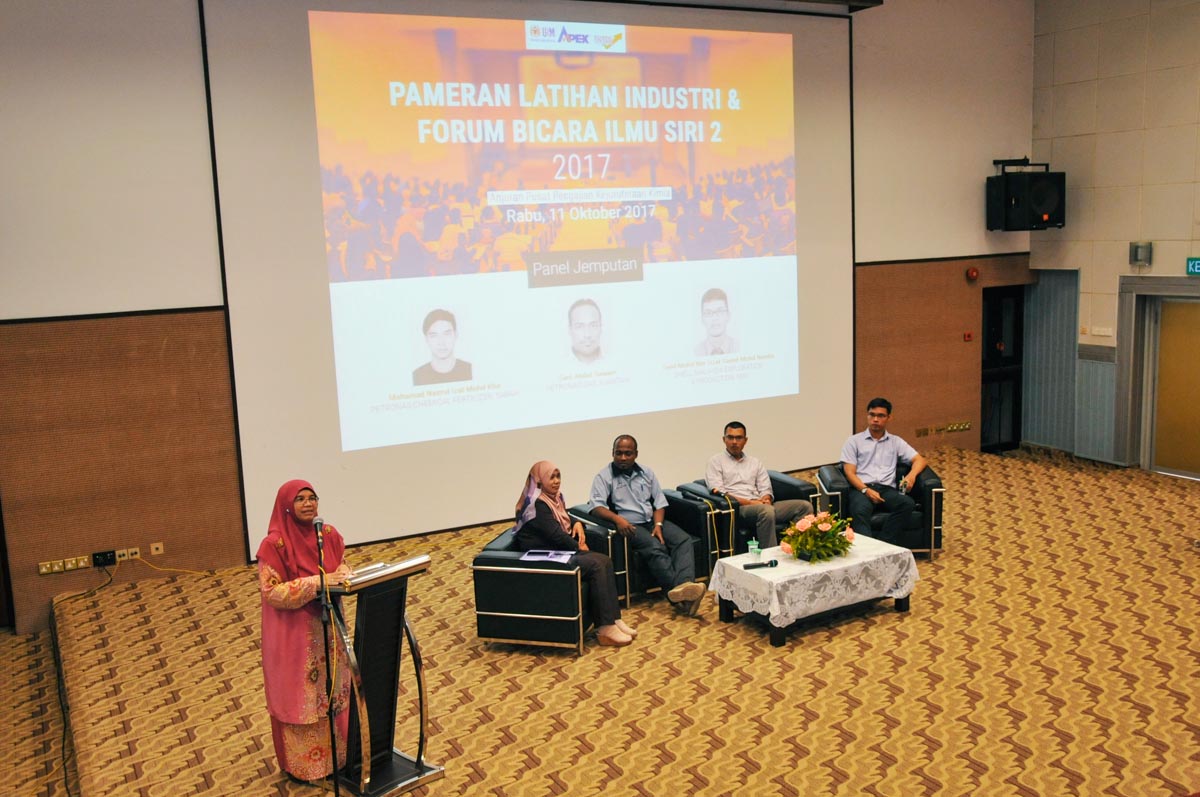 The event officiated by the Dean, Professor Azlina Harun@Kamarudin was later concluded with the presentation of some token of appreciations to the alumni and consolation prizes to the 5 best presenters from the industrial training showcase.

The School of Chemical Engineering calls to all alumni out there to keep on challenging yourself, gain as much experience as possible and becoming leaders in whatever you do, for USM will always LEAD! 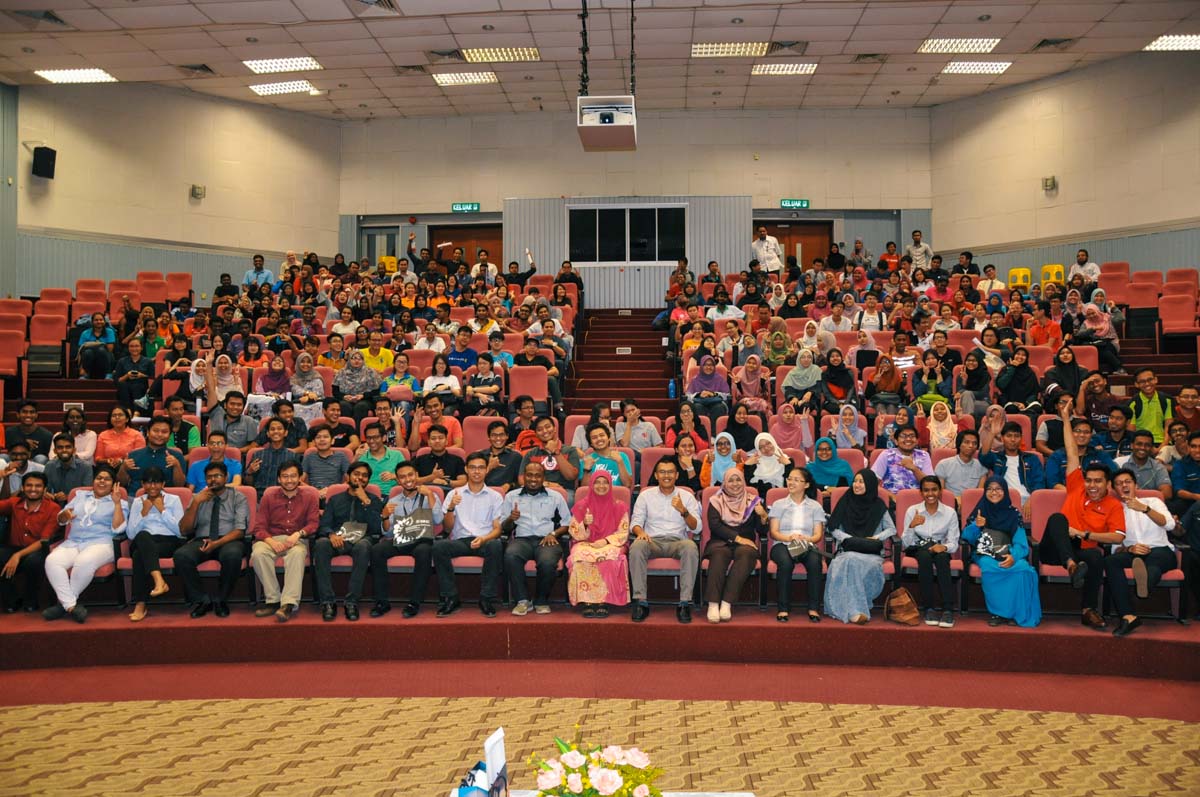 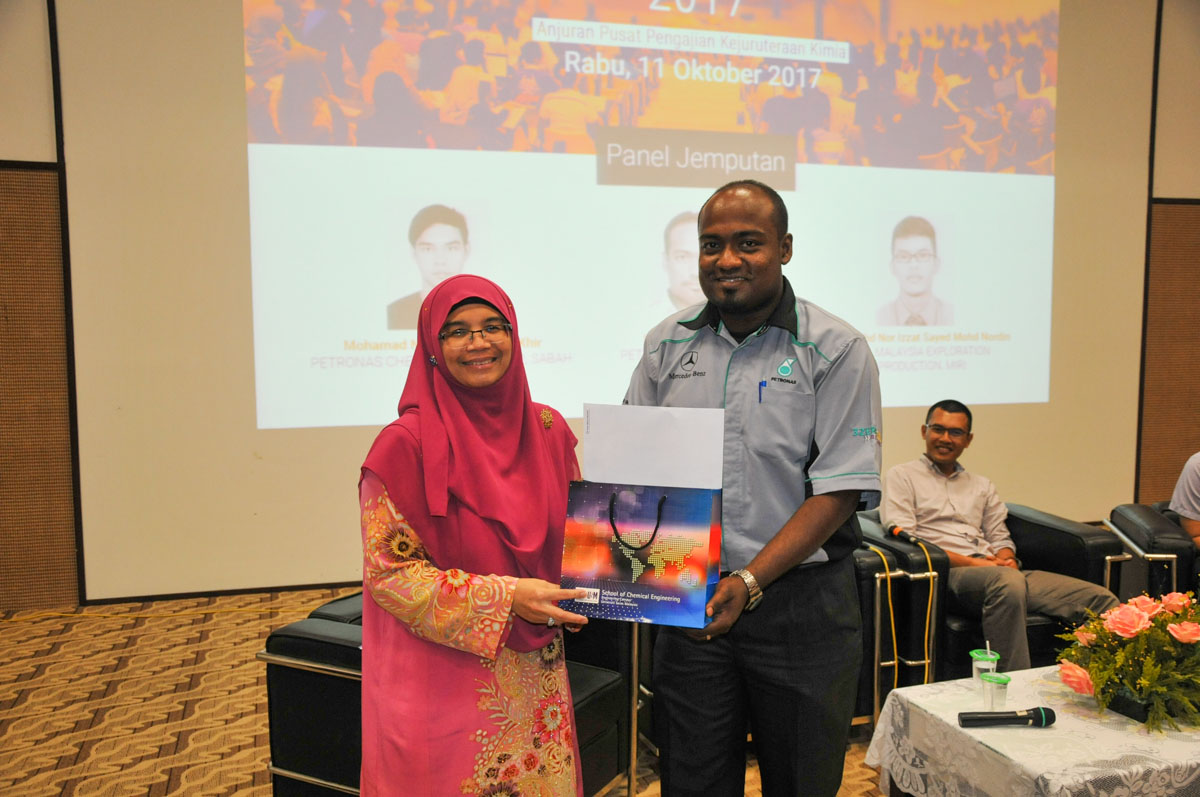 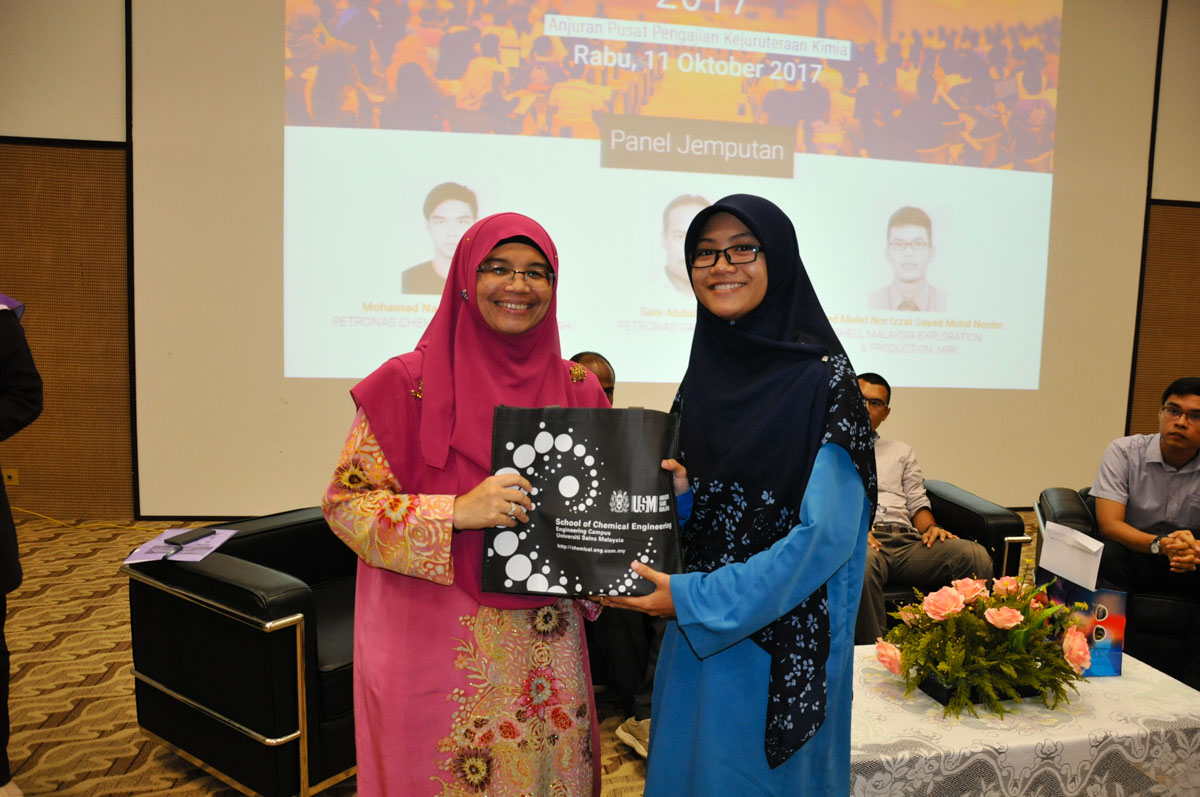 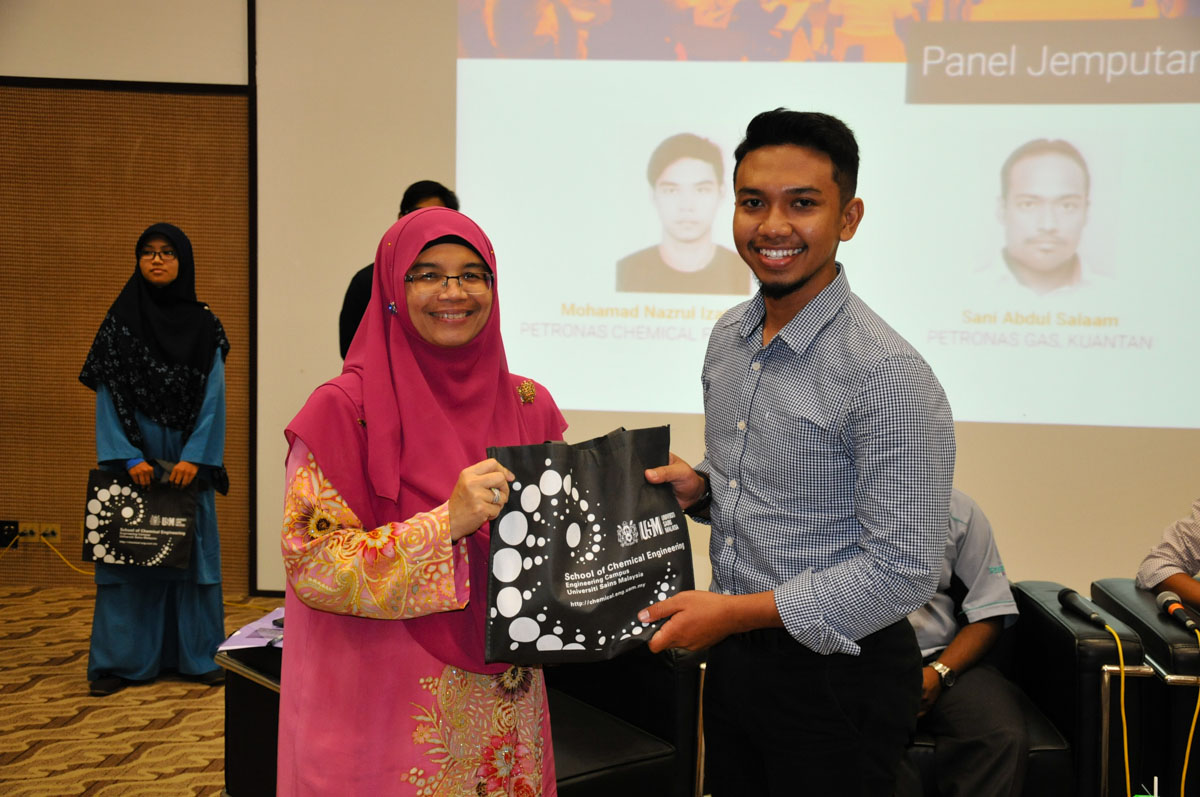 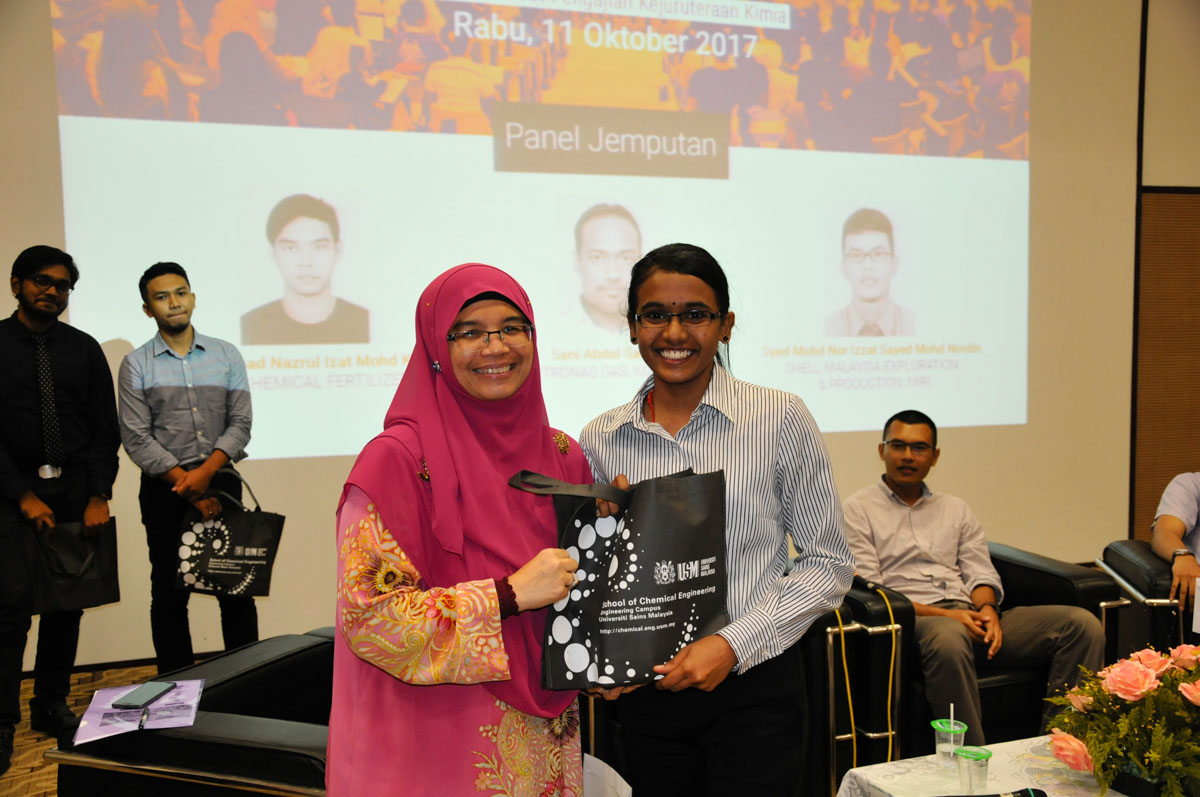