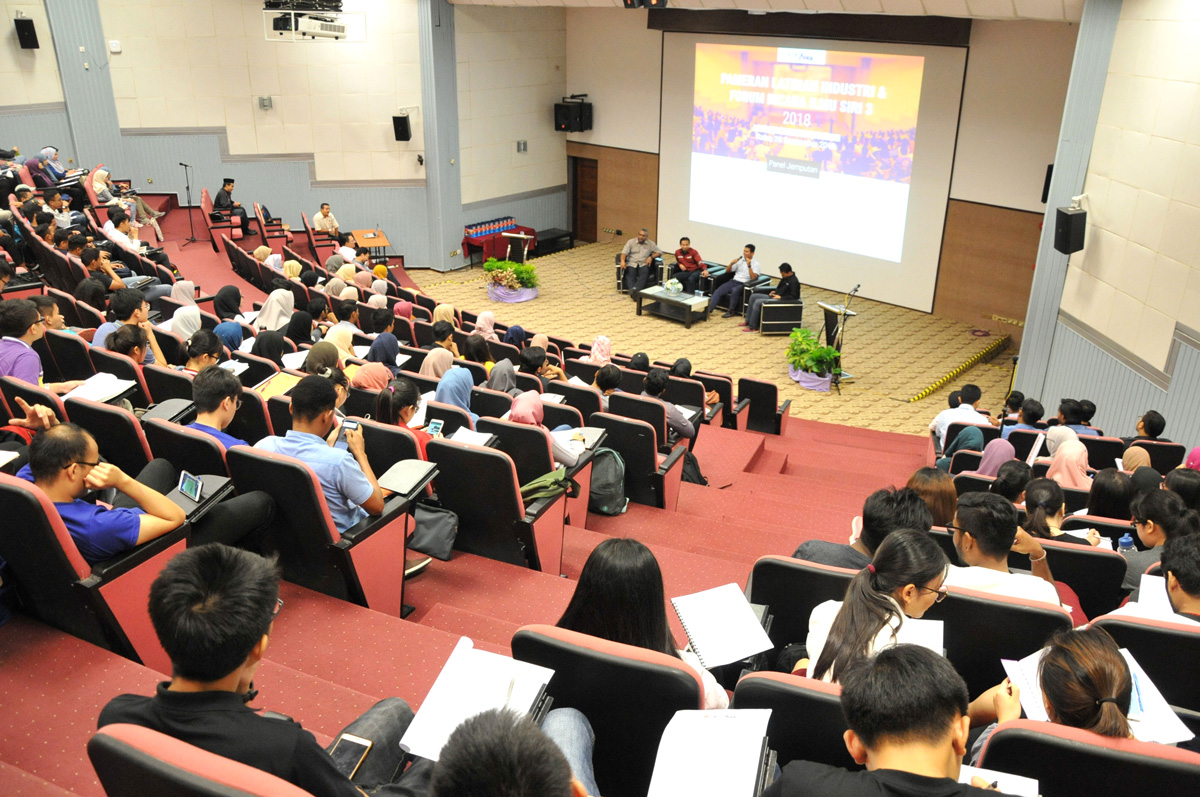 26 September 2018; Forum Bicara Ilmu & Pameran Latihan Industri comes to its third edition this year with students presenting their tasks and projects carried out while they were attached with the industries for a period of 11 weeks. The poster presentation took place at the Auditorium Foyer attracted students from the recently registered First Year to the current Third Year who are preparing themselves for a similar training at the end of June next year. 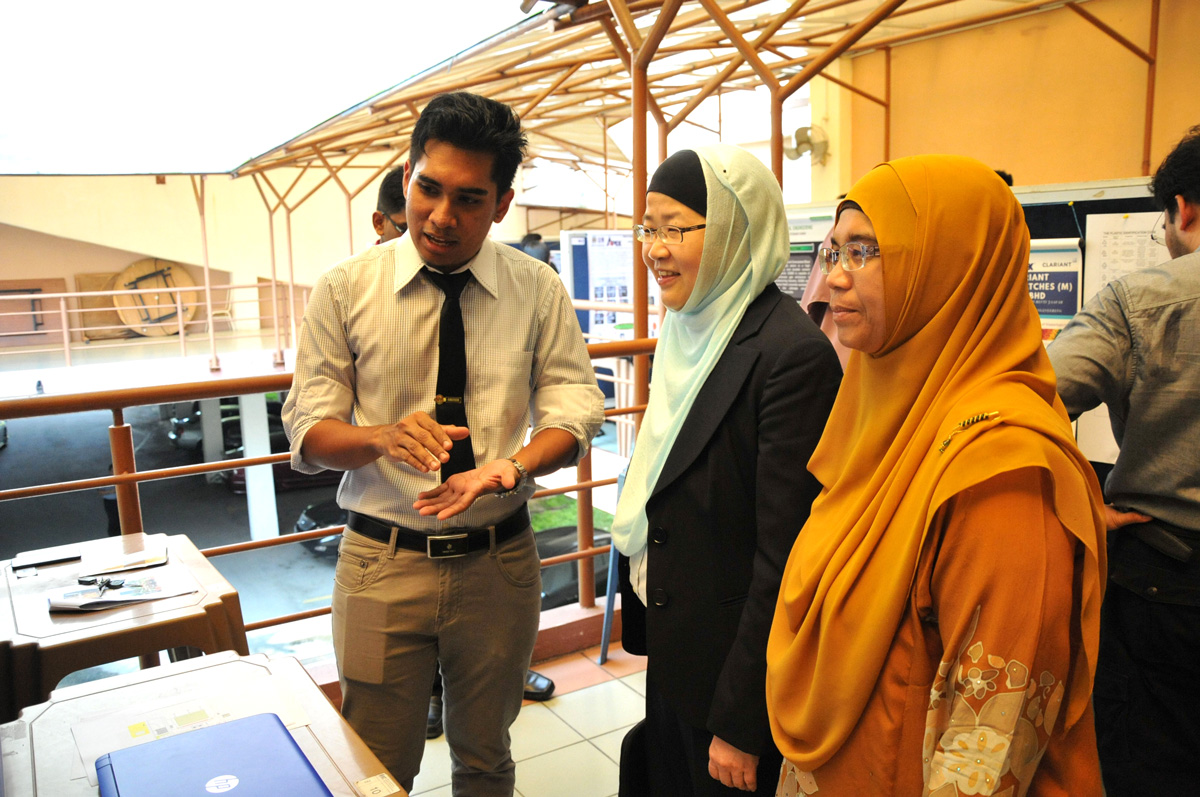 This year’s Industrial Training showcase was also held together with the visit of the Chemical Engineering Undergraduate Programme’s External Examiner, Professor Jackie Y. Ying of the Institute of Bioengineering and Nanotechnology, Singapore. An active researcher, Jackie has spearheaded and run a state-of-the-art research institute together with researchers around the world. Professor Ying also spent a few minutes with the Dean, Professor Azlina wandering about the exhibition before continuing her tasks at the School. 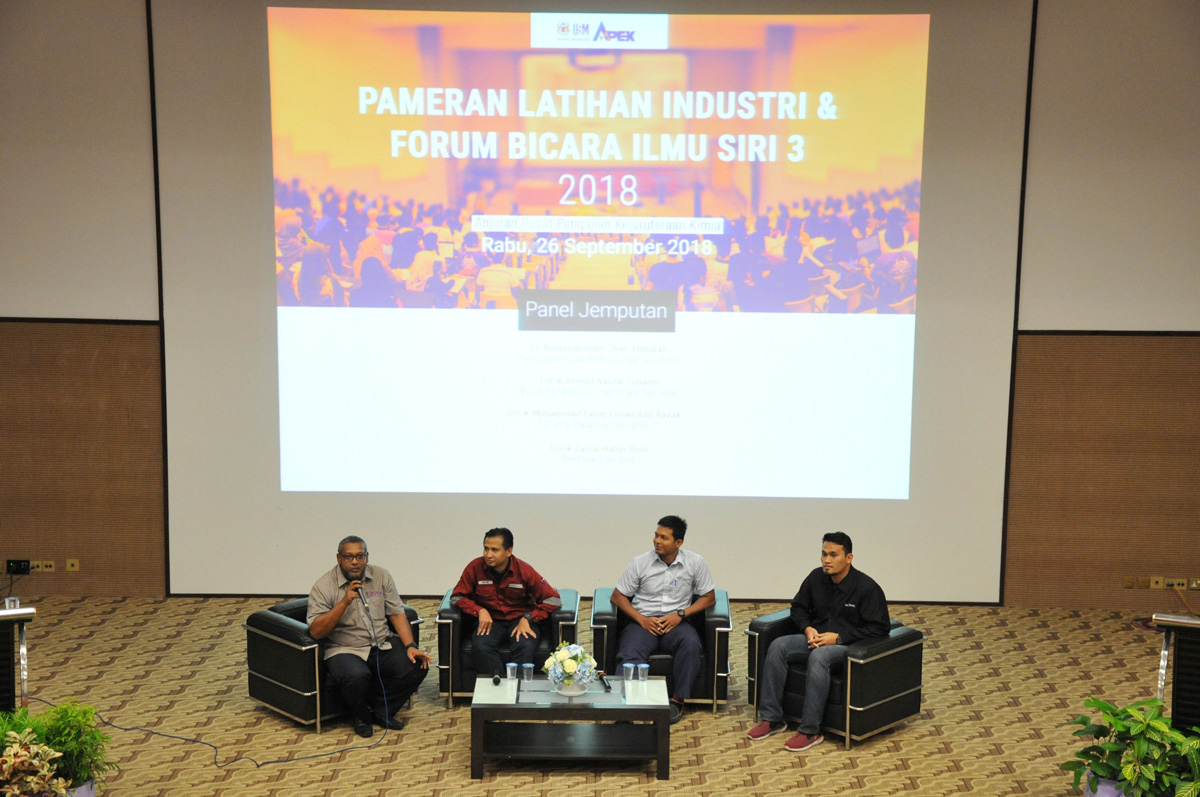 As the exhibition is already at its third series, the forum session, which comes in conjunction with the program, also changes its “flavour” by inviting alumni from different backgrounds of different industries. The School is also honoured to have Dr. Norazharuddin Shah Abdullah, Director, Centre for Alumni Liaison, Career and Graduate Employability as a moderator of the forum session. 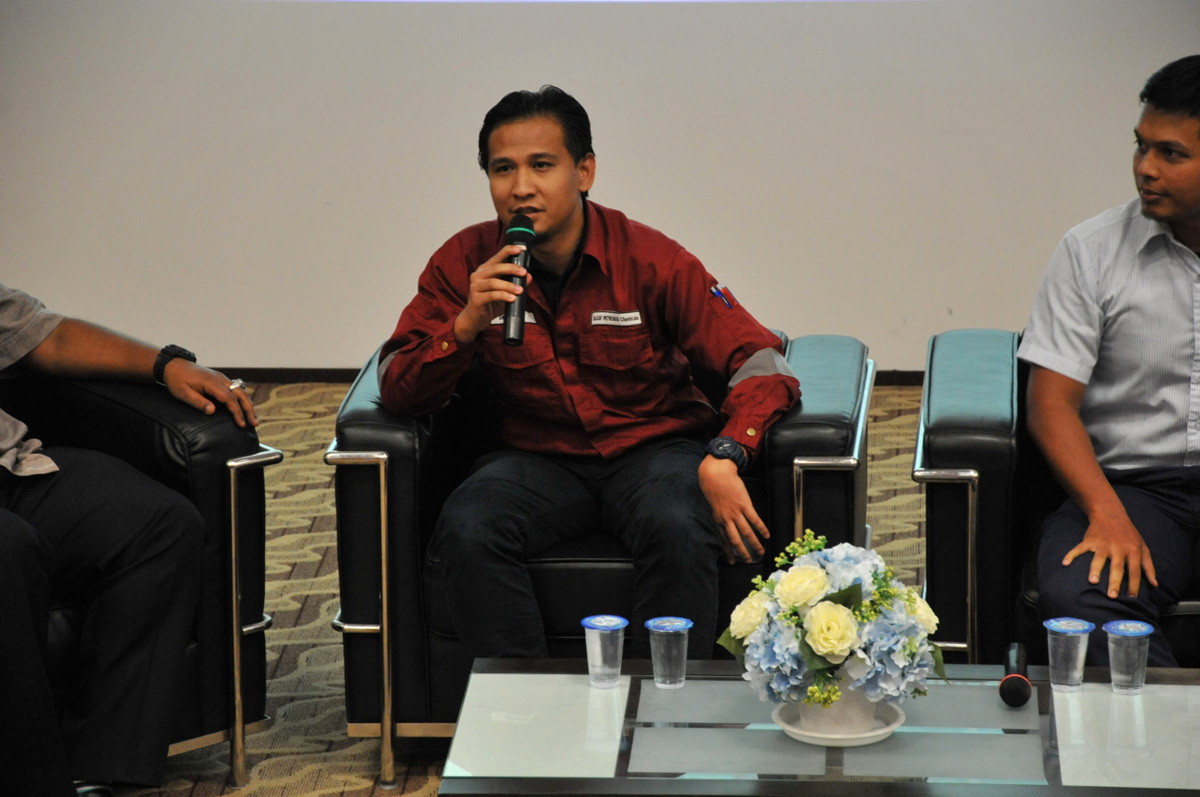 With the two-year experience dealing with the Saudis in the middle-east, Naufal has a lot to tell to the audience. Having the first job after graduation, Jubail Engineering has taught him much particularly on self-motivation, hard work and being resilient. Naufal also confessed that the life while in Saudi Arabia was not as everyone expected as a Malaysian expatriate working abroad. Right after the two-year contract he decided to move back home and tried his luck with local industries. After the numerous interviews brought him to BASF-Petronas based in Gebeng and he remains with the company ever since. 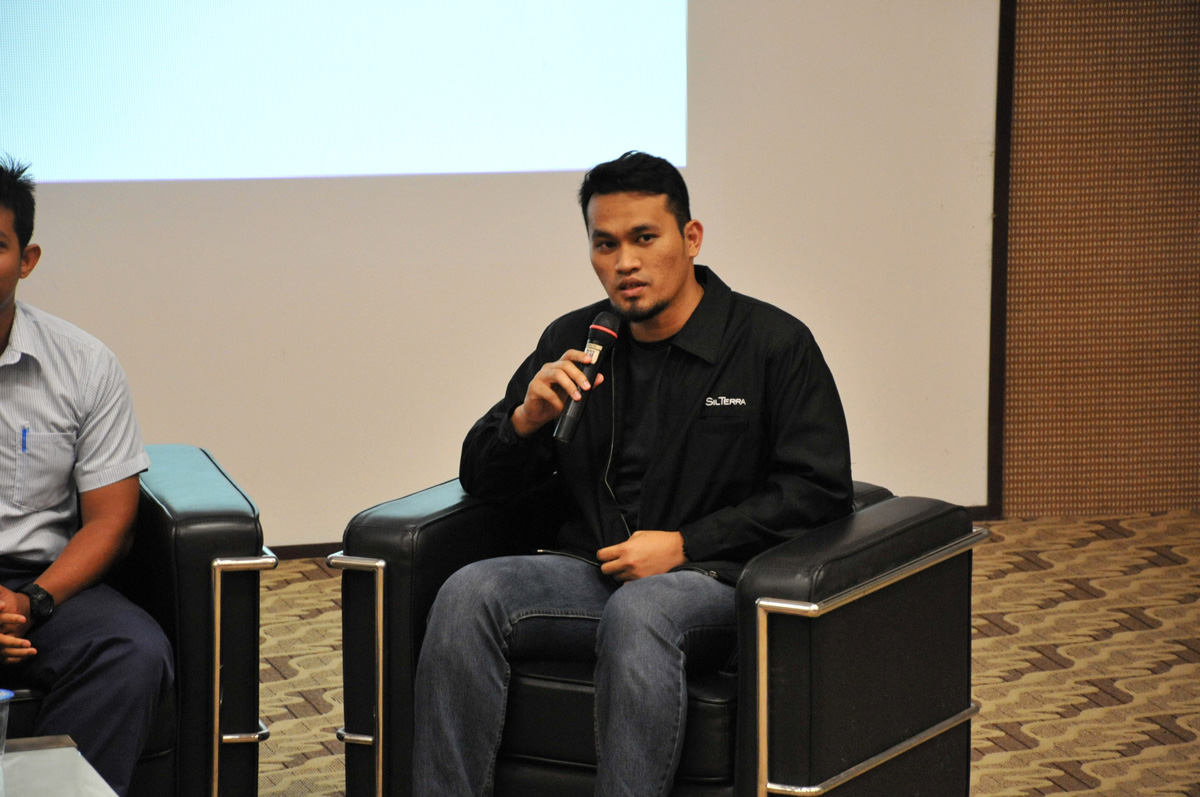 A Kuantan-born Faruq Ehsan is not a serious individual during his university life. He was also one of USM’s volleyball players together with Dr. Azam Taufiq, which brought him to many tournaments around the country. Faruq joined SilTerra Malaysia as a graduate engineer in 2013, and since then serves the company as a Process Engineer. 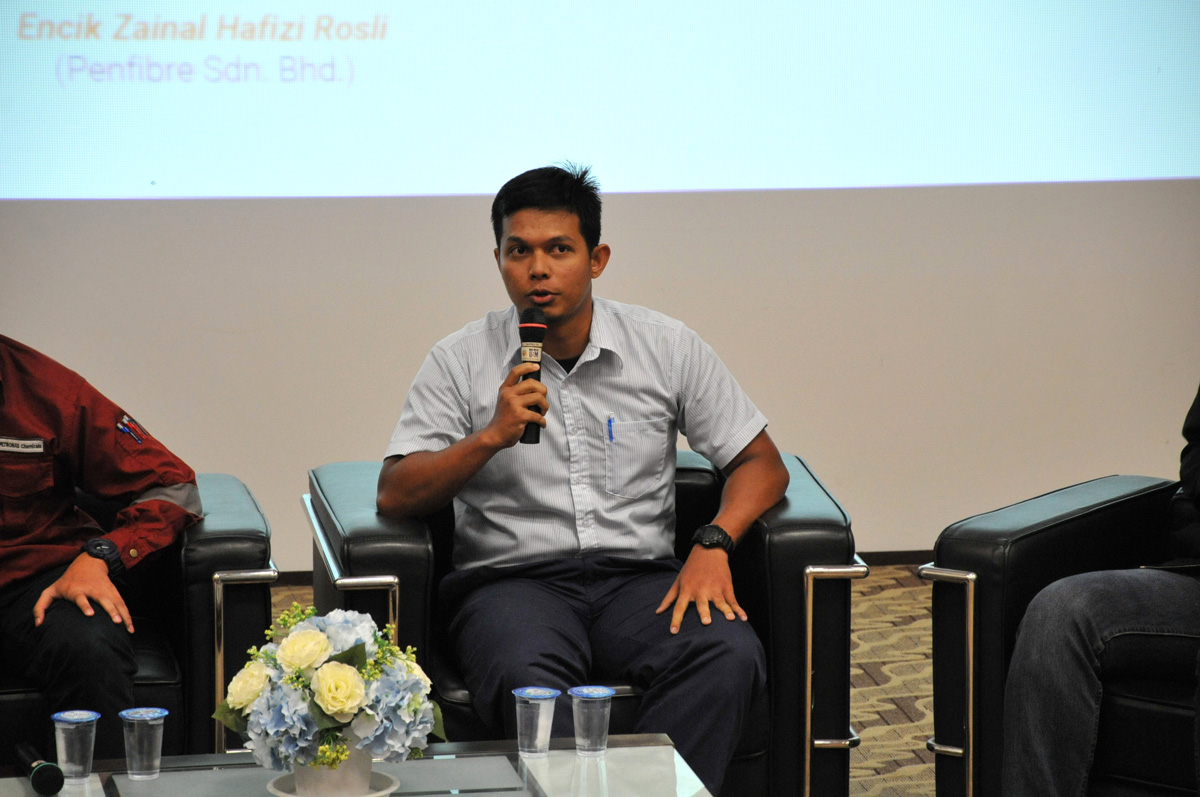 The most recent graduated alumni, Mr. Zainal serves TORAY Panfibre as a Process Engineer, the industry where he first sat foot as a trainee engineer a year before. Walking down the memory lane, Zainal had a very fond reminiscent of the good old days as a student of the School. Able to balance between academic and social activities, he has been among the best students within his batch. 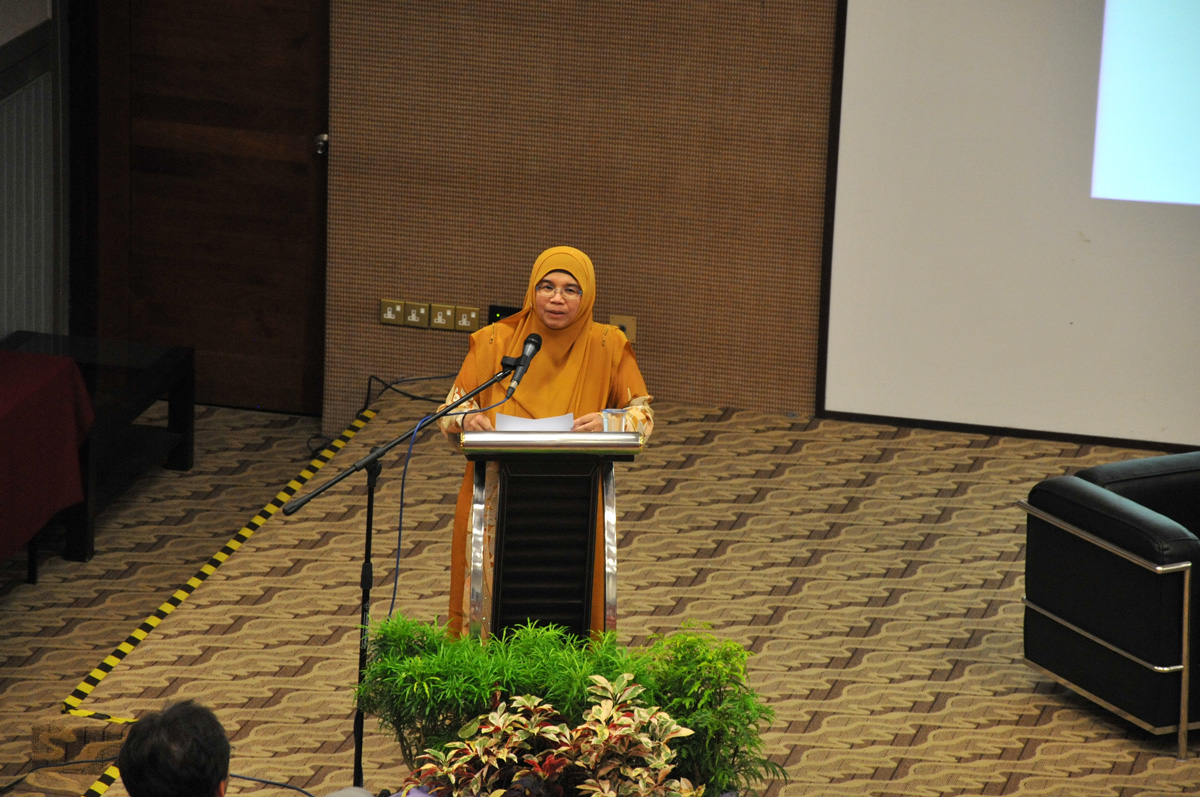 The forum began with a few words from the Dean, reminding the students on the importance of being resilient and never take things for granted especially on the academic matters. The stage was then passed to Dr. Norazharuddin the moderator for the afternoon forum. As the USM’s alumnus himself, Pak Din begins the session by thanking the three panels for coming back to the campus and spending their times with the undergraduate students whom hunger for information especially on what the future holds for them later in the industry.

In one of the many questions asked, Naufal replied that the most important things that he would love to do while being a student was to sit in lectures again and jot down each and every detail given by the lecturers. A full attention during a lecture is the most important time where first-hand knowledge is transferred to the students. On another question regarding the skills should be gained while at the university, Faruq urged that undergraduates must be able to speak up regardless of how “broken” the English is, because the confident level is key into becoming a successful engineer.

Taking question from the floor on how USM has shaped ones character, Zainal said that the environment as well as the activities that he joined during the undergraduate level shaped him into becoming a confident individual and being punctual with time as what is practised at his current organisation.

The School of Chemical Engineering once again thanks the alumni for the sharing session with the fellow undergraduate students and it is hoped that the relationship and feedback between and from the alumni would strengthen the programme towards preparing the country with the best chemical engineers in the future. 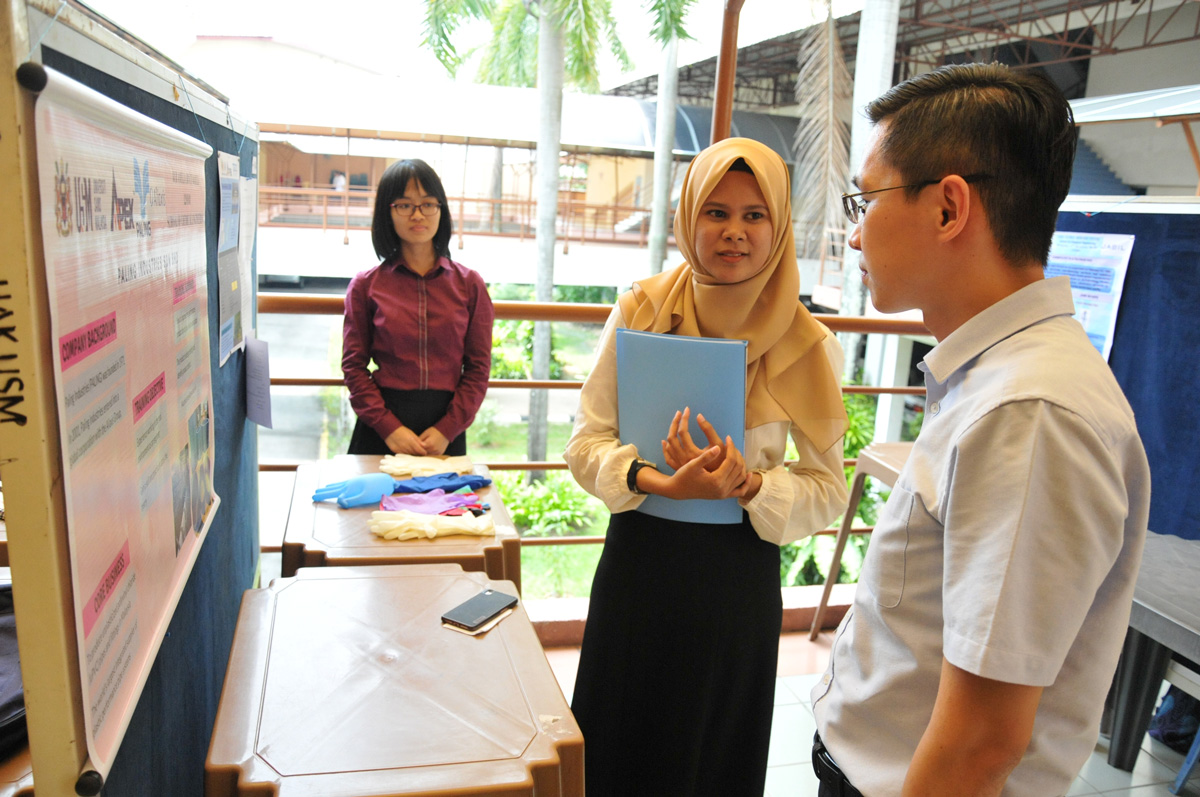 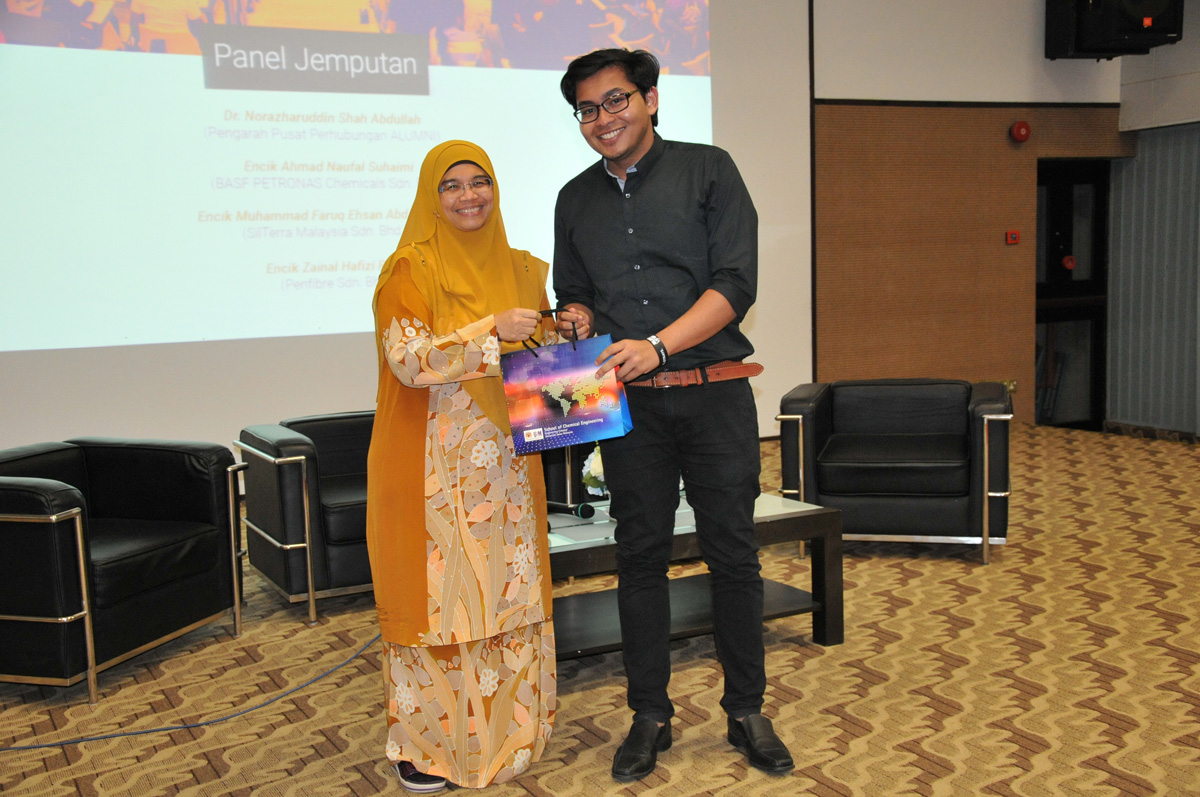