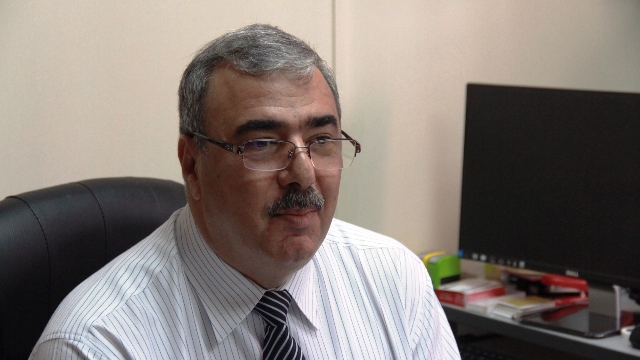 PENANG, February 2016 – Embarking on a career in academia at a new university in Libya after graduating with his first Degree from the University of Baghdad Iraq, it was determination to make a significant contribution to knowledge in his field that has motivated and made this researcher well-known not only in USM, but also globally.

Bassim first encountered USM in 1995 when a friend from Sydney University brought him along to visit the USM Engineering campus in Tronoh Perak. At the time Bassim did not know much about Malaysia and USM. 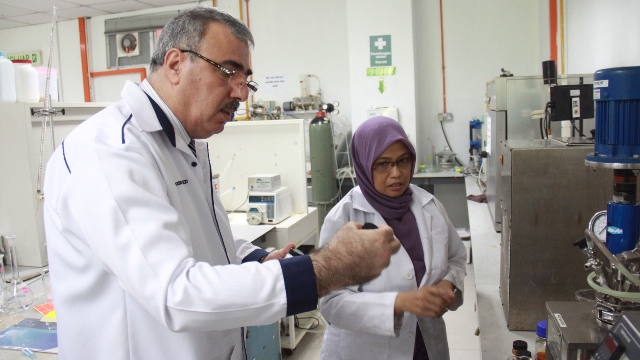 “My family supported my decision to join USM and eventually my career with USM began in early October 1999. The good facilities and colleagues here have been instrumental to my success; when I first joined, The Dean of the School Of Chemical Engineering motivated me to focus on research, research and more research.

“I wanted to do something toelevate USM globally, and bringimpact to the community. Throughhard work, I managed to get a grant from the Ministry of Education at that time although it took me 2 to 3 years to succeed,” said Bassim who has been in Malaysia for over 16 years.

He has sincereceived his Permanent Resident (PR) status from the Malaysian Government in 2011 together with his wife and 2 daughters.

Bassiminitially set his research targets and milestones to be achieved for the short-term then gradually raised the bar to achieve more and more; for the long-term, his target is to be internationally visible through his research outcomes for the university.His motto, “In order to be on top, you need to do top” constantly inspires him to strive harder.

“If researchers want to do good research, they need to achieve good output not only in research but also in producing publications and achieving impact of citation,” he stated.

Bassimhas reviewed more than 550 manuscripts and in 2014 & 2015, he received Elsevier’s “Recognised Reviewer” Status. He seldom travels, preferring to focus fully on guiding his students and research team which he describes as good, dedicated, passionate and experienced.

Bassim’s advice to researchers is to dare to publish ininternational journals in order to succeed.In his case, he always targets the top 10 journals in the field and 65% of his 210ISI-indexed journal publications haveappeared in the top 10%ranked journals. In terms of impact, Bassim’s publications have been cited over 11,390 times (Scopus database) of which 33 papers were cited more than 100 times each. His author h-index (a method of measuring scientific productivity and impact) stands at 57. 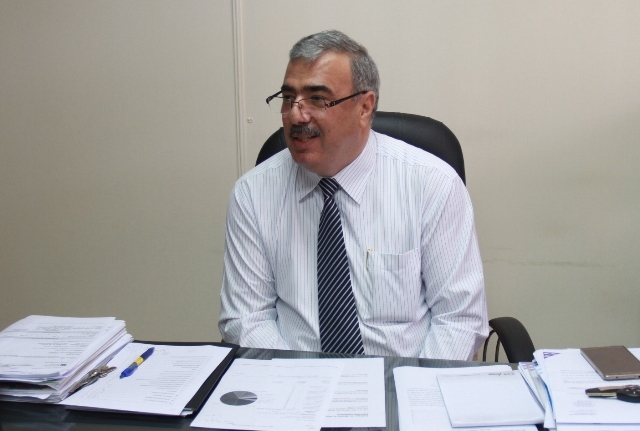 He has been a recipient of the Chancellor’s Hall of Fame awards for Excellence in Publication during the period of 2007—2014 for his works ranked in the top 15% ISI-indexed journals. He has also been a recipient of three Hall of Fame awards for Research Products in 2003 and 2004, as well as USM Excellent Achievement Awards in 2007 and 2011. He received silver and bronze medals from MOSTI, Malaysia, and ITEX during the same period for his research products and innovations.

Bassim’sexpertise is currently applied to Transforming Waste to Wealth which is the key area of his research through which he contributes to the environment and the field of energy studies. This underlines his commitment towards his guiding principle: focus on research that is relevant to society.

“I convert waste into something of value and so far, all my research grants have received approval because what I address in my research is what is being highlighted internationally, in line with government needs,” he added.

Bassim has been included by Thomson Reuters in their prestigious list of Highly Cited Researchers for 2014 & 2015 and he has also been listed in Thomson Reuters’s “The World’s Most Influential Scientific Minds in 2015 & 2014”. Not only was he the only researcher fromUniversitiSains Malaysia to be listed,he was also the only researcher from Malaysia to make the 2014 and 2015 lists.

Bassim’s reminder to young researchers is that in order to be internationally visible, good research should have good impact with good citations and good publications.

“I am always available to share my experience with young researchers, to mentor them, to help them and to groom them because I want to see more “Bassims” being produced by USM in the near future,” he said.

To illustrate his commitment, Bassimhas organized around 45 training workshopsfor the past 5 years attended by lecturers from UTP, UTM, UITM. Through these workshops he hastrained more than 1000 lecturers and postgraduates, some of whom have gone on to become important people in their respective fields.

In USM he has successfully supervised 4 postdoctoral fellows, 14 Ph.D and 28 M.Sc students,and more than 70 final-year research projects to completion besides currently supervising another 9 ongoing PhD students. In terms of funding Bassim hassecured in total more than RM 2.7 million in research funding from USM, the Ministry of Higher Education (MOHE), and the Ministry of Science Technology and Innovation (MOSTI).