USM Scientists Committed To Contributing More To The Nation 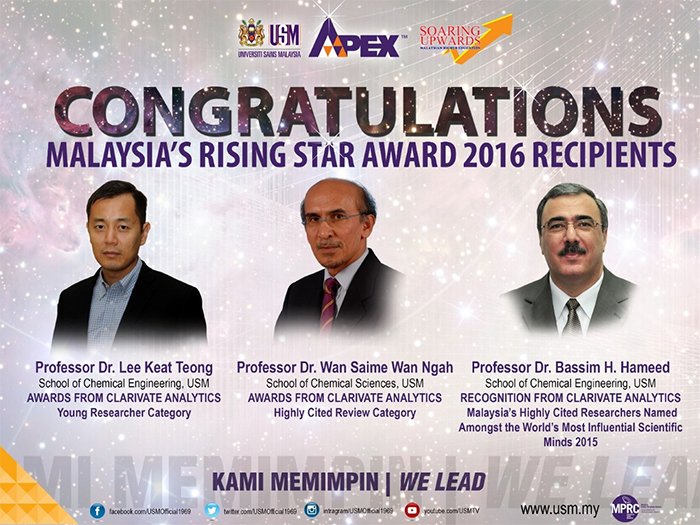 PUTRAJAYA, 1 November 2016 – Three scientists from Universiti Sains Malaysia (USM) did the University proud when they were selected as recipients of the prestigious Malaysia's Rising Star Award 2016 for various categories in a ceremony graced by the Minister of Higher Education, Dato' Seri Idris Jusoh, who gave away the awards here today. 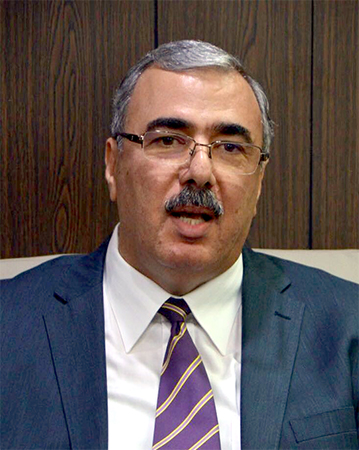 Bassim said he was both proud and honoured to have been recognised for his research work and contributions to the University and the country all this while in the fields of Chemical Engineering and Environmental Science and Engineering.

“I wish to express my sincere appreciation to the Ministry of Higher Education (MOHE), Ministry of Science, Technology and Innovation (MOSTI) and USM for fully supporting me and my research group especially in providing us various funds for our research work throughout my 17 years with USM,” said Bassim who hails from Iraq.

He added, this recognition would surely spur him to work even harder and contribute more and more to USM and Malaysia especially in providing solutions to environmental issues that we face today and the future.

Giving his advice to junior researchers on what he has achieved today, Bassim said, “They need to be focused in conducting good research that is relevant to global issues such as environment, climate change, energy etc. and not to conduct research solely based on their personal interest.”

“They should also plan well in their research, set attainable milestones objectively, and most importantly publish their results and research findings in the top ISI-indexed journals in their fields.”

To date, he has published more than 215 articles in ISI-indexed journals, with more than 75% of these articles ranked in the top 15% in the field. He has also published over 100 articles in other international and national journals and proceedings. 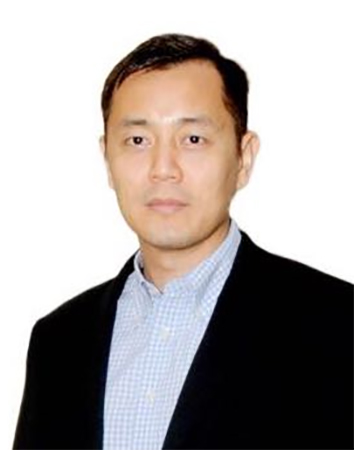 Meanwhile, Lee who is the Director of USM Research Creativity and Management Office (RCMO) and also Director of the USM International Collaborations Office, said that he hoped his achievement will serve as a motivation and encouragement to other young researchers in USM to work harder and achieve what he has achieved today or even better than what he has achieved.

“As researchers, we need to always look at the positive side and be more creative and innovative in conducting our research work to get the best results out of the resources and facilities made available, especially in the current unfavourable economical situation.

“I like what our Vice-Chancellor Professor Datuk Dr. Asma Ismail has been advocating since the day she came in, that is to ‘co-learn’ with our fellow colleagues and collaborators all over the world and to be more creative and innovative in carrying out a research project,” said Lee.

He added that the USM management right from the Vice-Chancellor to the Deputy Vice-Chancellors and Deans have been very supportive in creating an ambience that allowed him and his research team to achieve what he has achieved today.

When asked about his greatest challenge after this, Lee said that he hoped to translate his research achievements into something useful that can benefit the industry and society.

Lee is currently working on deriving renewable energy from algae which he hopes will be an alternative source of energy to the current energy obtained from fossil fuel which is a major source of pollution and global warming.

Lee was also recently listed as one of the four Most Cited Researchers in the Shanghai Academic Ranking of World Universities 2016 by Subjects in the field of Energy Science and Engineering.